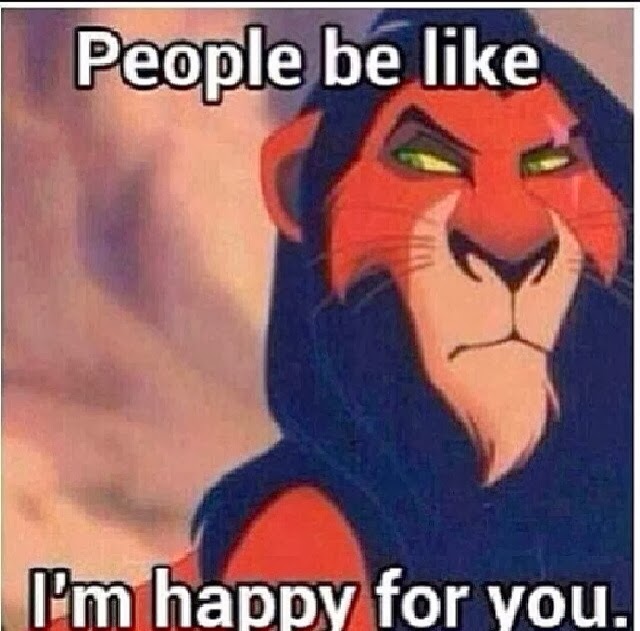 I saw this meme on Instagram and immediately recognized Scar as a hater.  People try to say hating is not real, or a figment of our imagination.  Hating is just a newer term for envy and jealousy.  It’s unfortunate when people spread their hate secretly as they type I’m happy for you behind the monitor of a computer screen while their face looks like Scar’s in this pic.
I don’t understand hate.  Why are you mad at the man that decided to focus while in college and know that he would experience delayed gratification after graduation.  You on the other hand decided to party in school and get kicked out due to being placed on academic probation.  Fast forward to today and he is making six figures and traveling when he wants, and you are working two jobs to make ends meet.  Don’t hate!! You could’ve done the same.
Why are you mad at the young lady who waited until she was married to have children.  You on the other hand chose a different path and have to deal with baby daddies.  Don’t hate!  You could’ve done the same.
Let’s stop being mad and disliking people because of our choices.  Suck it up!! Now that you know better you can do better.
Happy Frank Friday!