Some find out because of challenges or adversity in their own lives that they are leaders. Others seem to have a natural gravitation to leadership. They always seem to be placed in positions of leadership, or are expected to lead. Are you a leader? Do you want to be a leader? What events will have to happen for you to demonstrate you are a leader? Listen, I know I may not speak for all women, but I’m ready for this to end! I feel like I’ve done my time. I contributed to society by having two children that are contributing members to society and the economy. I shouldn’t have to suffer month after month. It’s time for my period to end! Be gone already!

Since the age of thirteen, my period has been a constant companion. If I can’t depend on anything else, she’s always right on time. Now that I’m older she makes her entrance a monthly surprise. She comes when she wants too, or not at all.

It’s time for us to part ways. It’s been real, but enough is enough. I don’t want to buy another pad or tampon. I want to take that money and buy something else with it. I’ve been living for the day when I will be period-free! I believe the day I decided I didn’t want anymore children she should’ve went away quietly.

She doesn’t go away quietly. She does her best to wreak havoc in your life before she leaves. She sends false signals that she’s leaving. Then she comes back with a vengeance. What kind of hocus pocus magic is this? Leave and leave now.

I’ve decided when she finally leaves and stays gone I’m throwing a party in honor of her departure! I’m inviting everybody! I’ll be giving away every pad and tampon that I still own, and I’ll even by some for party favors. My gift to those who still need them. My party will be a celebration to the entrance of menopause. I can’t wait!

I have been participating in a course titled Blogging 101 via WordPress, which has been excellent so far!  I am a few days behind and this post was for day nine.  My assignment was to write a post inspired by my About Me page of my blog.  I worked for a few hours on my About Me page and learned about the website about.me  When you have an opportunity, please check it out. I could talk about a lot of things, but I want to talk about the three things that inspire me about me:

1.  My outlook on life – I am living my life to the fullest without any regrets.  I strive to     live every day as if it were my last!

What inspires you about you?  Think about it and let me know. 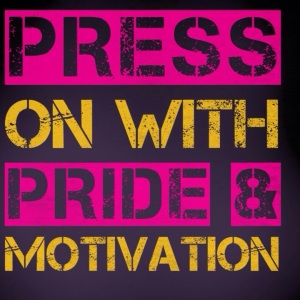 Investing in us means making ourselves a priority.  No longer will we place ourselves low on the priority list.

It’s time to assess our current situation and determine it’s time to pursue our dreams, visions and passions.

Let’s make a new pledge to ourselves that we will no longer place ourselves at the bottom of our priority list.  We will invest in ourselves!  We will dust the cobwebs off of our dreams, visions and passions and immediately begin developing our success plan.

I decided to begin blogging to share my musings with all that need encouragement, affirmation and even a good laugh.  I love to encourage and share my expertise as it relates to character building, self-esteem lifting, education and furthering your goals in life.  Everything I share is for me first, and then for those who want to benefit from the information provided.  Each of us has some type of knowledge or experience that we can share to help others be successful.  Join me as I begin this new year with another chapter in my life journey, and along the way I will share information that has helped me along my path.

Check out this link that provides some good information about constructive criticism:  Constructive Criticism